In counterfactual fiction, otherwise known as alternative history, there is by necessity a moment at which the facts of our existence end and the speculation of the author kicks in. You would think that this turning point would have to be in some way plausible, to maintain the reader’s suspension of disbelief, but anyone who has seen the likes of The Final Countdown or The Philadelphia Experiment movies will attest to the mistaken nature of such an assumption! Similarly, the series of really rather dreadful books penned by John Birmingham, which essentially runs with the premise of the aforementioned Final Countdown by sending an entire fleet of super-modern military ships back to the Pacific on the eve of the attack on Pearl Harbor.

A better example of AH would begin with the death of an important figure ‘before their time’. Adolf Hitler assassinated in 1939, for instance, or Winston Churchill killed in a New York traffic accident in 1931 – both events which very nearly took place in actuality. These are always interesting tests of the mind because they encourage us to consider just how important, or not, these people really were. The ‘Great Man’ theory of history – whereby the progress of humanity is defined by a tiny group of Monarchs, Militaires, Megalomaniacs and Moderates – particularly enjoys such thought experiments. However, those of us who attribute the developments of humankind to the great swathes of individuals collectively referred to as ‘the masses’ also have use for this type of study. We can use it to prove that, then as now, the People had the power – and the so-called ‘Great Men’ only acted in accordance with, at the very least, their acquiescence. 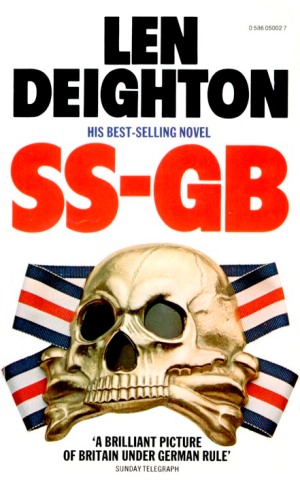 One of my favourites…

Anyway, enough of that lecture. I’m talking about this form of art because it’s occurred to me to apply this to my own life. Once you start thinking of how different things might be if certain events or interactions had transpired a little more or less to your advantage, well… As a certain bombastic statesman once wrote; “The terrible ‘ifs’ accumulate.”

Pinpointing one instance from whence everything subsequent would have been changed utterly is trickier than I would have imagined. There is that strong possibility that small alterations to the timeline, in and of themselves would not have dramatically changed the direction of my destiny. Might an earlier first kiss – at 14 rather than 18 – have given me confidence to propel me towards maturity at a far speedier rate than occurred in reality? Well…perhaps…but that just means that everything in my personal life that did happen would have happened anyway, only a few years earlier. Not a big deal, really.

This is the case for a lot of potential Points of Divergence; events which seemed, and still feel, incredibly seminal don’t seem likely to propel me in a completely new trajectory if we amend their results. How about that more fantastical type of alternate history; a person, a time-travelling cipher for my present-day ‘wisdom’, puts his arm around my adolescent shoulders and doles out a few pieces of sage advice… Sure, it would have been reassuring, and probably would serve to help me in reacting more healthily to various setbacks along the way – but it doesn’t look like such an intervention would have fractured the space-time continuum one iota. Sorry Doc.

I guess I could have died… Now that really would have changed everything.